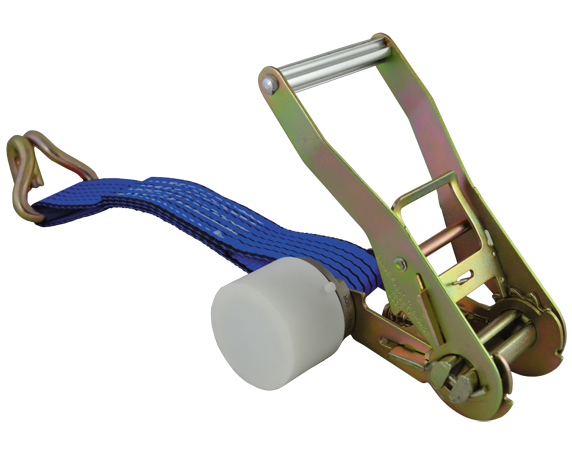 One WTM-RTS consists of one ratchet frame, two straps with hooks, and one model 5716/5796 wireless load pin (WLP). Functioning as one of the bolts of the ratchet, the 5716/5796 WLP is fixed in the ratchet frame where the strap is attached on it. The SR5716/SR5796 WTM-RTS possesses IP66 protection and can be used in wet weather conditions.

On the monitor, there are 16 LED’s. Each LED employs three colors to indicate three different statuses of the WTM-RTS – green refers to fastened straps, red to loosened straps, and orange to an error status (e.g., low battery, disconnection, damaged sensor, …). In case one WTM-RTS becomes loosened during transportation, this WTM-RTS will inform the monitor wirelessly about its status change, and the monitor which is fixed on the dashboard in the driver cabin will alert the driver by turning the corresponding LED from green to red color and having its alarm triggered. Once the loosened WTM-RTS is tightened again, the corresponding LED goes back to green color and the alarm stops.

In one WTDAS the WSN1000 monitor communicates with up to 16 WTM-RTS at 2.4GHz radio frequency (RF), without need of any computer. Each of the WTDAS works independently so that the different WTDASs do not interfere each other among different trucks.

For customer applications where more than 16 WTM-RTS are needed, BCM SENSOR can further develop the WTDAS so as to tailor it to meet customer’s needs. 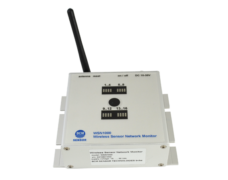 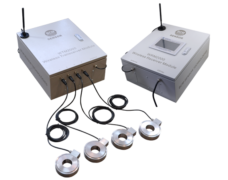