By yuqian.wu
Comments Off on Level Sensors for Liquid Level Measuring or Monitoring
News

To meet requirements of liquid level measuring or monitoring, BCM SENSOR has utilized two technologies to manufacture liquid level sensors – one is based on hydrostatic or static pressure measurement (LV36 series) of  ranges from 0~1m to 1~200m of water column, and the other is of capacitive technology (LV66 series) to measure fuel/oil level.

LV36 Submersible Hydrostatic Level Sensors are widely used in many industries. In application the LV36 level sensor is submerged in liquid to measure the liquid level. It is fully made from 316L stainless steel (SS) and employs a piezoresistive pressure sensor of flush diaphragm for measuring static pressure created by the liquid. A 316L SS filter is installed in front of the flush diaphragm to prevent it from being damaged by gravel or covered by organic substances (e.g., weeds) in liquid medium. In addition, a 316L SS cap further encapsulates the flush diaphragm for complete protection.

The LV36 level sensor has been developed into several variants as listed below, which have some new functions: 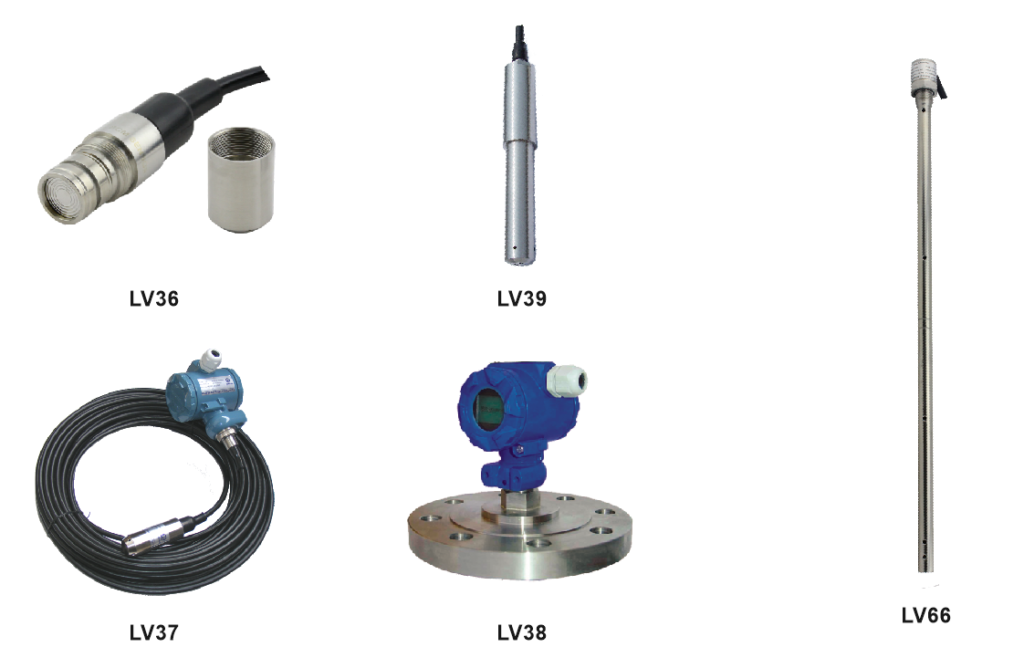 As mentioned in the first paragraph, LV66 Submersible Level Sensor is of capacitive technology to measure fuel/oil level in ranges of from 5~50mm to 10~1000mm. The LV66 is specially developed for automotive industry where fuel/oil level in fuel tanks has to be measured or monitored.

For more detailed information on those liquid level sensors, please refer to its datasheets of each model, respectively, on BCM SENSOR website.