By yuqian.wu
Comments Off on Metal Capacitive Differential Pressure Sensors and Transducers
News

The metal parts of the 115C sensor are made from specially developed stainless steel (SS) and its cells are filled with low-temperature-effect oil, which transfers the two pressures from two 316L SS isolating diaphragms to the movable diaphragm. 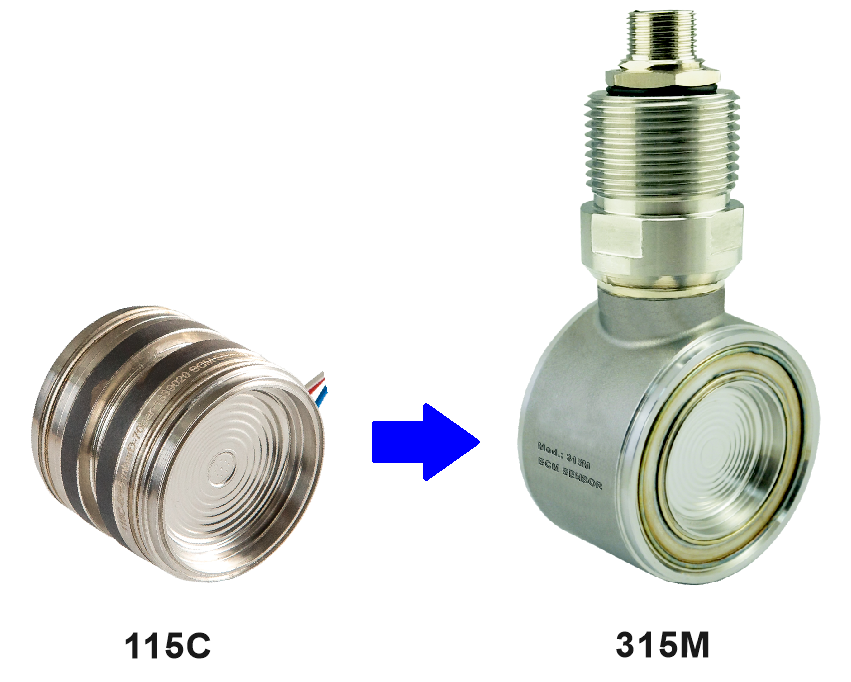 For different applications, different oil is filled in the 115C sensor. For general purpose, a standard type-A oil is filled while a type-B oil will be filled for oxygen industry and a type-C oil more suitable for tobacco industry.

When the 115C sensor must be contacted with pressure medium of strongly corrosive, its two isolating diaphragms will be made from Tantalum, Hastelloy-C, or Monel on request, instead of 316L SS.

The 315M transducer is an assembly of the 115C sensor and a metal housing via welding technology, in which a temperature sensor (e.g., a thermal diode or a Pt100) is integrated inside the metal housing. This metal housing facilitates 315M to be installed in a pair of flanges (option: which can be equipped with a three-way manifold), to introduce two pressures onto the two isolating diaphragms of the 115C sensor. Therefore, the 315M transducer can measure simultaneously both differential pressure and temperature of pressure medium at same point of industrial process systems. The electrical interface of the 315M transducer can be made according to customer requirements (e.g., a M12 connector).

The typical applications of 115C and 315M are listed below: